We hope that you were able to join us last week at Clean Energy Lobby Day. It was great to see so many familiar faces in the building talking with their legislators about the importance of energy efficiency!

This week brings us to the halfway mark- or “crossover”- for the 2016 General Assembly session. All of the energy efficiency bills we are tracking have been heard in their respective committees. Below is a rundown on their statuses. For a summary of each of these bills, check out our legislative tracker. 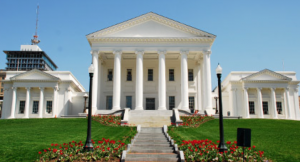 Stay tuned for more updates as the session continues through March 12.