Navarro helped create the Virginia Clean Economy Act, passed by the General Assembly earlier this year. “As one of the authors of this transformative legislation, having Ms. Navarro overseeing its successful implementation will be crucial in the coming years,” Harnish noted.

“The VAEEC typically doesn’t weigh in on Commissioner appointments,” Harnish said, “but given Ms. Navarro’s extensive history in promoting effective energy efficiency policy in the Commonwealth, we anticipate her bringing that same frame of mind to this new role.”

Northam made his announcement during a 2 p.m. press conference today. Angela Navarro is a former Virginia deputy secretary of commerce and trade. She would fill a seat left vacant by SCC Chairman Mark Christie, who was confirmed by the Senate earlier this week to the Federal Energy Regulatory Commission.

About the Virginia Energy Efficiency Council
The Virginia Energy Efficiency Council is the voice for the energy efficiency industry in the Commonwealth. Founded in 2012, our broad coalition of more than 100 members includes Fortune 500 companies, nonprofits, startups, local governments and state agencies. Our goal is to ensure that energy efficiency is an integral part of Virginia’s economy and clean energy future. For more information, please visit vaeec.org. 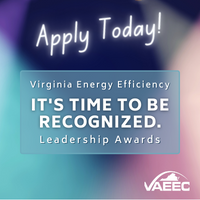