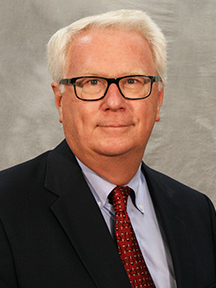 Virginia Energy Sense (VES), a program of the State Corporation Commission of Virginia, is tasked with helping the state achieve its goal of reducing electric energy consumption 10 percent below 2006 levels by 2020.

At VES we believe everyone can help reach that goal if given the right information. As such, we reach out to, engage, and educate Virginians about simple and easy ways to reduce electric energy use. Once people engage us, they soon realize that energy efficiency and energy conservation are the most affordable ways to help our state achieve this goal.

Reducing electric energy use puts money back in consumers’ pockets and helps Virginia’s economy and environment. That’s why saving energy just makes sense. And it’s why we are working hard to inform our fellow Virginians.

To ensure we reached the right people with the right messages, VES commissioned a research survey. Through this survey we discovered the right people consisted of citizens likely to take steps in the near future to make their home more energy efficient. Generally speaking, these people own their home, which are typically newer. We named this group of citizens “motivated savers.”

Utilizing the demographics gathered from the survey, we identified the best ways to reach motivated savers. These approaches included participation in community events, traditional media, digital media, television and digital advertising, and a fully revamped website.

Taking all of our findings, we developed a comprehensive outreach plan that focused on each of the approaches we identified to reach large numbers of motivated savers. 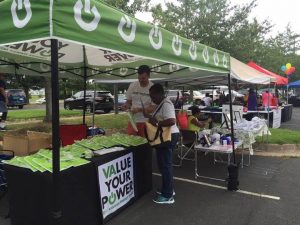 An attendee at the 26th Annual Manassas African American Heritage Festival on Aug. 6 learns more about easy ways to save energy

While we already had a nice array of partnerships with organizations across the state, we added more than 40 partners, increasing our total partners to nearly 100. Through these partnerships, we estimate we can reach more than one million Virginians, many of whom are motivated savers.

In addition, through VES’s participation in more than two dozen community events during the first phase of the new outreach plan we engaged an estimated 150,000 Virginians in person. Participation in large community-based events allows VES the opportunity to engage large numbers of citizens in a highly personal and engaging way, ensuring a positive impact.

Overall, our earned media efforts resulted in more than 750,000 impressions through a variety of media hits in 2015 and 2016. These hits included coverage in newspapers, op-ed placements, and multiple on air television and radio interviews in key markets such as Roanoke, Harrisonburg, and Richmond. 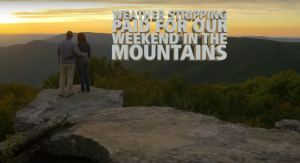 The traditional television advertising was a Public Service Announcement (PSA) that focused on the idea of “spending your energy elsewhere.” This advertisement was placed across the state and targeted to programming and stations that aligned with our “motivated savers” audience demographic. We estimated that the PSA delivered more than 5 million impressions giving us a reach of up to 96 percent in many key markets, including Harrisonburg, Roanoke, Hampton Roads, Richmond, and Fredericksburg.

Shortly after the PSA aired in November 2015, we launched the digital campaign featuring Jack. All told, four Jack digital videos resulted in more than 300,000 views, with a watch rate of 47 seconds (out of about 60 seconds for each one), meaning people watch almost the entire video.

To upgrade the website, we focused on some key changes to bring the website current with best practices, making the site more functional. These changes included integrating modified drop down menus that help drive a more engaging experience and leveraging Jack by having his “at home” video running in the background.

In addition, from a layout perspective, we ensured that as users scrolled 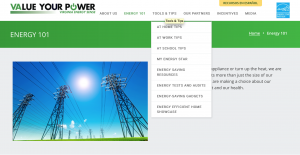 down the main page that tools and tips, resources for use in schools, and information on partnering with VES were kept front and center, as those are items that have been utilized extensively by site visitors.

We also ensured the 10% challenge sign up form is highlighted on nearly every page on the site, making it easy for folks to take the challenge and join the VES effort.

Finally all of the site’s existing content was reviewed and updated where appropriate to ensure the best experience possible for those who visit the site.

The work over the past 18 months has resulted in large numbers of Virginians learning more about how saving energy can save them money and help the state reach its stated goal of reducing electric energy consumption 10 percent below 2006 levels by 2020.

We are encouraged by the progress we’ve made the last few years, and look forward to seeing an even more meaningful impact on Virginia’s electricity consumption over the coming years. To that end, we hope that VAEEC members and those interested in advancing Virginia’s energy goals and the energy efficiency industry will share the VES website and resources with clients, constituents and colleagues.