The VAEEC will hold Governance Board elections at the May 26 meeting. Voting is open to all current VAEEC members. Each member entity will receive a single paper ballot.

Below are the candidates up for election and reelection to the Board.

VAEEC’s Bylaws allow for up to 15 Directors, each with a 3-year term. Directors can serve on unlimited consecutive terms. With the reappointment of the 3 current Directors whose initial terms have expired, and the addition of two new Directors on May 26, the Board would be composed of 13 Directors with plans to add 2 more Directors in the coming years. 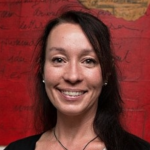 As one of the VAEEC’s founders, I’m dedicated to seeing its successful growth and impact in Virginia, and I’ve worked over the years to bring in both public and private funding to support its mission. I want to continue to champion public-private partnerships for growing the energy efficiency industry, a coordinated approach for education and outreach, and regulatory policies that leverage the many benefits energy efficiency as a resource can bring.

Cynthia Adams is CEO of Pearl Certification, a Virginia-based company whose software platform is used by contractors and real estate agents to verify and certify a home’s energy assets and increase its value. She was previously Executive Director of the award-winning Local Energy Alliance Program (LEAP), an energy services nonprofit, which under her leadership developed innovative energy efficiency and solar programs that helped thousands of building owners in central and northern Virginia reduce and produce energy. A fifteen year veteran in the green construction field, Ms. Adams has worked as a partner in a consulting company for sustainable building, part-owner of a sustainable design showroom, and co-founder of a green design-build construction company. In 2014, Ms. Adams was elected to the national board of Efficiency First and appointed by Governor McAuliffe to the Virginia Energy Council. In 2015 she was appointed to the Governor’s Executive Committee on Energy Efficiency.

I am interested in continuing to serve on the VAEEC Board in order to represent and express the needs of low-income Virginians in discussions regarding energy efficiency programs and policies that effect their lives.

Bill Beachy has 36 years experience in the weatherization and energy efficiency fields. He is Vice President of Energy Solutions Field Operations at Community Housing Partners based in Christiansburg, Virginia. Previously he served for 10 years as the state manager of the Virginia Weatherization Assistance Program for the Virginia Department of Housing and Community Development. Bill has a bachelor’s degree from James Madison University and a master’s degree in Public Administration from Virginia Commonwealth University. He is the current President of the Board of Directors of the Association of Energy Conservation Professionals (AECP), a trade organization of the Virginia weatherization network. Bill is also a member of the national Network (Evaluation) Committee; member of the national Weatherization Trainers Consortium; and a member the Department of Energy’s National Training and Technical Assistance Plan advisory group. 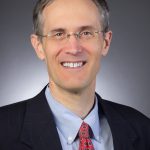 I want to serve on the Board of the VAEEC to provide leadership and guidance in our effort to advance PACE energy efficiency loan programs and educate regulators and policy makers about the importance of energy efficiency in Virginia.

Bill Greenleaf is a Vice President and Loan Officer for Virginia Community Capital.  In 2015, Bill helped VCC launch their energy efficiency and solar loan products and is one of four Virginia Energy Efficiency Council governance board members appointed to the Governor’s Executive Committee on Energy Efficiency.  Previously, Bill was the Executive Director of the Richmond Regional Energy Alliance and Chief Operating Officer of an international sustainable design firm.  Bill received his undergraduate degree in economics from Skidmore college and his MBA from the Kelley School of Business at Indiana University.

I am interested in serving on the VAEEC Board in order to help advance energy efficiency in Virginia and provide insight from the natural gas utility perspective.

Carla Dix is the Lead Performance Analyst for Columbia Gas of Virginia’s energy efficiency program, WarmWise.  In her role, she works daily with outside partners on various functions of the programs, including rebate processing, education and outreach, evaluation, measurement and verification, program design, low income support, and customer service.  Prior to joining Columbia Gas of Virginia in 2012, Carla preformed revenue management for Starwood Hotels & Resorts.  She holds a Bachelor of Science degree from Virginia Polytechnic Institute and State University in Blacksburg, Virginia.

I am interested in serving on the VAEEC Board because I have the professional background and current, local governmental responsibility of developing and enacting energy policies, programs and technologies that enable me to contribute to the discussion of energy efficiency as a resource in Virginia. As an advisory member, I hope to share my experiences and at the same time, serve as a conduit for interaction with industry to express their desires and concerns regarding energy efficiency with one of the largest municipalities in the Commonwealth.

As Facilities Engineer with the City of Virginia Beach Department of Public Works, Thomas Nicholas oversees the Facilities Design and Construction Division, Building Maintenance Division, Facilities Management Office and Energy Management Office. He serves as the focal point for all municipal building planning, design, construction, maintenance, facilities management and energy programs. A retired Naval officer, Tom has extensive facilities management experience with the U.S. Navy. During his 24-year career, he managed Navy facilities in Guam, the Philippines, Alaska, Hawaii, California, the Republic of Panama, Italy and the Mid-Atlantic. He has degrees from the U.S. Naval Academy and Penn State University.

Here is a history of the VAEEC Governance Board:

More on voting procedures from the VAEEC Bylaws:

Section 21. Proxies. A member entitled to vote may appoint a proxy to vote or otherwise act for him by executing and dating an appointment form, either personally or by its attorney-in-fact. No appointment of proxy shall be valid after the expiration of 11 months from the date of its execution, unless otherwise provided therein. Every appointment of proxy shall be revocable by the member executing it, unless the appointment form conspicuously states that it is irrevocable and that it is coupled with an interest in accordance with law.