Energy efficiency programs are on the Congressional chopping block.

The House of Representatives will vote in the coming days on spending cuts to several of the Department of Energy’s energy efficiency programs such as ENERGY STAR and the Weatherization Assistance Program. The House Appropriations Committee advanced the cuts earlier this month, adding them to the docket for a vote. The cuts, if passed would be applied to fiscal year 2018.

Merged with a larger budget bill, the cuts would slash funding for several Office of Energy Efficiency & Renewable Energy programs by more than half. If passed the office would see funding fall from $2.1 billion to $1.1 billion. The current administration has proposed numerous cuts to energy efficiency programs over the last six months, including eliminating the highly successful ENERGY STAR program.  While no programs have specifically been called out for elimination in the House bill, the severe cuts will force the DOE to evaluate spending, which could include the elimination of entire programs. 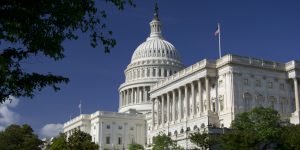 While the proposed spending cuts in the House are massive, the Senate Appropriations Committee advanced its Energy and Water Development appropriations bill on July 20, maintaining the current level of funding for energy efficiency programs.

It’s unclear whether or not the Senate Energy and Water Development appropriations bill will be voted on before the August break, due to prioritization of the repeal of the Affordable Care Act. Successful energy efficiency programs bring both economic and environmental benefits, producing jobs and savings. Promotion of these programs has historically been bipartisan and their continuation is important for the U.S. to remain competitive in the energy industry.