It’s been a while since our last blog post on the building codes update process and a lot has happened since then. In April, VAEEC and several of our members, participated in an energy stakeholder group to reach consensus with the homebuilders and code officials to incorporate some energy efficiency measures in the new draft Uniform Statewide Building Code (USBC).

These new energy efficiency requirements include removing the visual inspection for duct-testing and bringing duct-testing standards up to the current 2015 model code standard. According to a Department of Energy report, requiring mechanical testing for both air-duct tightness and building envelope tightness are significant opportunities for Virginia. According to the EPA, leaky ducts can reduce the performance efficiency of heating and cooling units by 20%. We are very pleased to see the inclusion of mechanical testing for duct leakage in the new USBC. 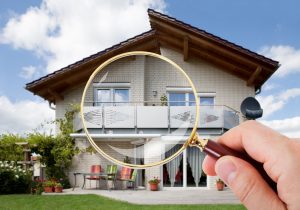 A second component of the energy subgroup compromise proposal, includes adoption of the 2018 model code Energy Rating Index (ERI) compliance option rather than the 2015 version. This newer version gives homebuilders greater flexibility and trade-off options, which is important since homebuilders in states that have already adopted the 2015 model code, have been slow to use this pathway. By implementing the 2018 version, Virginia is making the ERI pathway more enticing, which will hopefully result in greater participation.

The compromise proposal unanimously passed the Codes and Standards Committee of the Board of Housing and Community Development last month. This new proposal will be part of the new draft USBC that will be reviewed by the full board on October 16, 2017.

You can read more about our support for these proposals in our letter to the Department of Housing and Community Development (DHCD) during the public comment period earlier this year.

These new components are in addition to the energy efficiency measures that are already included in the draft USBC, which was published last December in the Virginia Register. These proposals include improvements on lighting requirements, hot water pipe insulation, and the creation of the 2015 ERI compliance option.

So where do we go from here?

According to the DHCD website, the timeline below lists the next steps to finalizing the new regulations:

Even though we have made good strides in advancing energy efficiency through the building codes, there is still more work to be done. VAEEC will continue to advocate for more efficient window and insulation requirements in future USBC updates, as well as mandating mechanical testing for building envelope air-tightness. Proper air-tightness helps consumers save money on their energy bills while maintaining a consistent comfort level throughout the home by reducing the potential for air leakage to the outside. 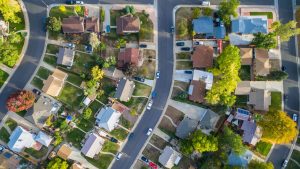 VAEEC partnered with one of our members, Responsible Energy Codes Alliance, to submit a proposal to DHCD staff to host a stakeholder group to review these issues next year, in the hopes that a compromise can be reached on inclusion of this crucial energy efficiency practice in the next USBC update. Last month, we were pleased to see the full DHCD board unanimously vote to support these efforts.

This workgroup will review the results from the DOE Field Study being conducted by VAEEC members Viridiant and the Southeast Energy Efficiency Alliance (SEEA) who will be collecting data in the field to determine what, if any, compliance issues could be addressed through training and education. You can read more about this study on SEEA’s website. The results of this study will greatly inform the workgroup’s ongoing discussions on the need to require mechanical testing for whole-home air tightness. The VAEEC is also working with other members to potentially host a training for the stakeholder group to demonstrate the tests themselves and how the results are interpreted.

You can read more about our recommendations for future building code updates here.