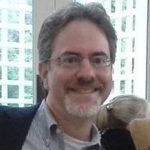 As 2014 draws to a close, we are fortunate to look back on a year in which energy efficiency began to assume its rightful place as a key resource in Virginia. Thanks to the Virginia Energy Efficiency Council’s members and broad coalition of supporters, we proudly played a leading role in this success and are poised to accomplish much more in the year ahead.

It was an exciting year, highlighted by a couple of significant accomplishments:

The year was also notable for the number of positive signals coming out of the state government in 2014 that bode well for the future, including:

Meanwhile, organizationally, the VAEEC continued to establish its presence in 2014 as a valued resource and unique coalition. Our biannual meetings were the most well-attended to date. Our membership is steadily growing. We added a LinkedIn platform where everyone can stay apprised of news and opportunities. And on a personal note, it’s been a privilege to serve as the VAEEC’s first Executive Director, coming on board back in April.

Of course, the horizon is where we are focused. Our positive momentum couldn’t be more timely, as we have several critical opportunities ahead of us:

These are great opportunities, and we know that energy efficiency represents a rare “win-win” in energy policy — a common sense, nonpartisan, cost-effective solution that directly addresses our energy needs while creating significant benefits for the state. It is critical at this time that all Virginians come to a consensus on the need for an increased commitment to energy efficiency.

Fortunately, the VAEEC consists of an incredibly diverse and engaged membership that can accomplish remarkable feats by working together. Our membership is our greatest asset, its strength reflected in its diversity of businesses of all sizes, utilities, nonprofits, universities and local governments.

There is a tremendous amount of work to be done to turn our opportunities into results. But as we close out 2014 proud of the burgeoning energy efficiency industry in Virginia, the momentum coming out of Richmond, and the number and variety of interested parties as reflected in the VAEEC membership, there’s reason for great optimism for the future of energy efficiency in the Commonwealth. Thank you for all that you do, and we look forward to another great year working with you at the VAEEC in 2015.